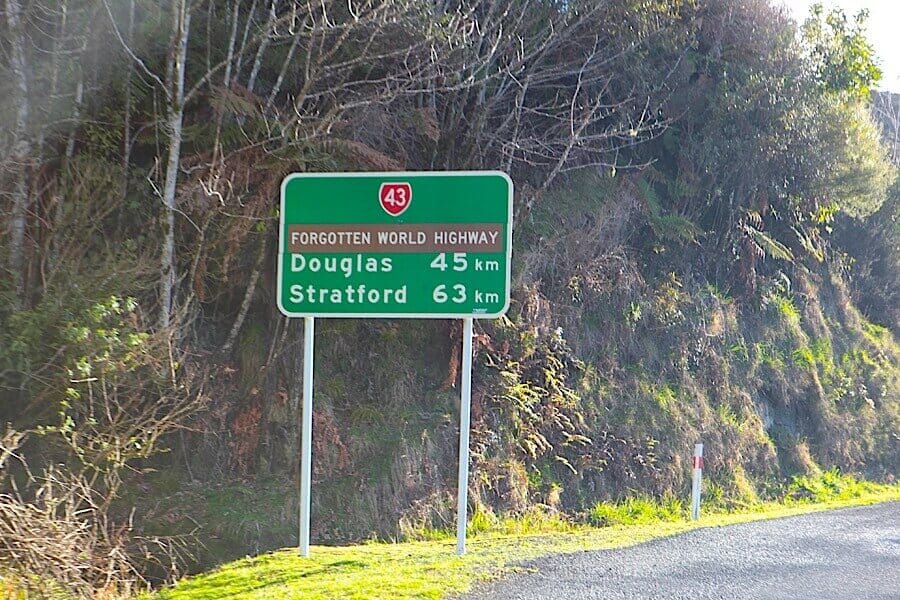 Built on colonial bridle paths formed in the late 19th century, the Forgotten World Highway is remote and mysterious to the extreme. “A bit upsy downsy” is how one local resident puts it – a classic New Zealand understatement to describe a road that hugs the rugged contours of the land to provide a natural roller coaster experience.

Until 2022 parts of the road were unsealed, and, in some weather conditions, hard to navigate. Nowadays, all is sealed, safe to drive in whatever weather!

The Forgotten World Highway can be approached from Stratford or Taumarunui. It wriggles its way over four mountain saddles, through an eerie one-way tunnel and along a sinuous river gorge. The only significant settlement on the way is Whangamomona, where the historic hotel is known for its hospitality.

Forgotten is its name, but this route is really a journey of remembrance. Along its length, there are constant reminders of settlers who tried to scratch out a living in the wild, isolated hill country. At the Stratford end of the highway, there’s a side road leading to the evocatively named ‘Bridge to Somewhere’ (in response to the Whanganui National Park’s famous ‘Bridge to Nowhere’).

Further on is the almost ghost town of Whangamomona, which flourished in the early 1900s but went into decline after the great flood of 1924. An abandoned coal mining village, the remains of a flour mill and various riverboat landings are other signs of days gone by. For a deeper understanding of local history, follow the sign from Aukopae Landing to Nukunuku Museum.

A place of History and Scenery

History is one reason to choose this route, the scenery is another. From the top of the ragged Strathmore Saddle, you’ll see the three volcanoes of Tongariro National Park to the east and the snow-topped cone of Mount Taranaki to the west. The Whangamomona Saddle provides a spectacular view of native beech and podocarp forest – if you have time, park and enjoy the three-hour circular walk that begins here. Tahora Saddle is another place to admire the central plateau volcanoes, and there are Maori pa sites visible on hilltops to the west and east. To see one of the highest waterfalls in the North Island, follow the Moki Forest Road to Mount Damper Falls – an 85-metre tumble of pristine H2O.

Unusual man-made landscape features will capture your imagination on this journey. The historic 180-metre Moki Tunnel, built-in the 1930s, takes you through the heart of a hill. At Maraekowhai Reserve you can see the niu poles. The war pole, Rongo niu, was built in 1864 by the Hauhau warriors to make them invincible to musket fire. The corresponding peace pole, Rere kore, was built at the end of hostilities.

You can explore this magnificent road driving yourself, you can also go by rail cart, bike, or Jet boat. Forgotten World Adventures has a range of options to choose from. Whatever you do, make sure you don’t miss a meal or a drink at Whangamomona Hotel stepping back in time. Stay the night at the quirky campground; The facilities are not flesh, but you will love the atmosphere with free roaming chicken and even ponies! There are a couple of powered sites if you need them.

Why is it called forgotten highway?

Mainly because it was never a real part of NZ-roading network, linking Taranaki to the Kings Country. It took till 2022 to be fully sealed!

How long does it take to do the forgotten highway?

Two and a half hour. That is, just driving from Taumarunui to Stratford. If you want to experience the route, at least a full day.

Where does the forgotten highway start and end?

Is the forgotten highway suitable for caravans?

Yes. It may be slow-going, but stock trucks use the road as well, so no problem towing a caravan 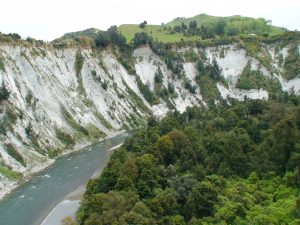 We see many itineraries where the route from Taupo to Wellington is straight south on the SH1, all in a big hurry to catch the ferry to the South Island. If you can spare some

Two  things you notice when you get to the Rotorua area: Steaming  ponds, rivers, and the smell of sulphur. To get up close to the action, there are many Thermal Parks you can choose from. 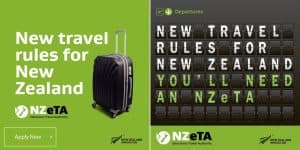 Visitor Visa / International Visitor Conservation and Tourism Levy You are being allowed to travel to New Zealand if you do not have a visitor visa or an NZeTA. What to do: New Zealand visitor 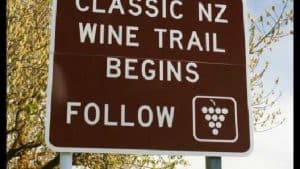 Touring New Zealand by campervan and not knowing where to start? There are 10 Highways with a theme to choose from. This may not sound a pleasant way to explore; when you are used to 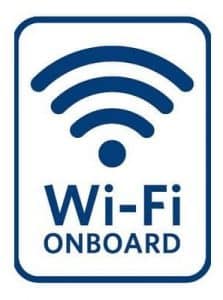 Stay connected on your vacation You leave your house and go out for a while. During your adventures, you assume your phone is connected to the Wi-Fi, only to find out the hard way that

Fixed Bed in our Motorhomes

All our Motorhomes in New Zealand having a good size fixed bed! Why? Watch this clip and you know the answer! Comfortable bedlinen and a decent mattress on a fixed bed, you sleep well.